The entire world is run by psychopaths, all imposters.

Studies about psychopaths have been VERY misleading to NON-Existent.

Robert Hare, the world’s leading “expert” on psychopaths did a study using prison inmates over 20 years ago.  That study is the focus of his book published in 1993 titled Without Conscience: The Disturbing World of the Psychopaths Among Us (reissued 1999).

NO studies since then.  That study is likely very flawed at best.

WHO did Hare base his work on?

Hervey Milton Cleckley, M.D.  (1903 –1984) was an American psychiatrist and pioneer in the field of psychopathy. His book, The Mask of Sanity, originally published in 1941 and revised in new editions until the 1980s, provided the most influential clinical description of psychopathy in the twentieth century. 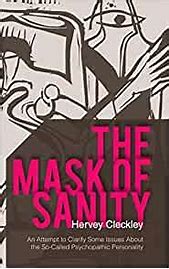 What is Hervey Cleckley best known for?

On many occasions Cleckley was asked to testify at important trials. An example was the 1979 trial of Ted Bundy who murdered more than thirty people. ” Bundy received a mental health evaluation from Hervey Cleckley, when he was on trial for the Florida murders.  Cleckley is considered to be the “father of psychopathy.

He diagnosed Bundy as a psychopath.

Cleckley testified that Bundy was a classic psychopath but was not criminally insane.

The Bundy trial was fake, what does this tell you about Cleckley?  Bundy was the first televised trial in this country, any televised trials are FAKE.

The Ted Bundy trial is where the definition of psychopaths grew wings, thanks to Cleckley.

Who Is Robert Hare?

Robert D. Hare was born on January 1, 1934 in Calgary, Alberta. He was raised in a close-knit, working-class family. Hare’s mother had French Canadian roots and her family dated back to Montreal in the 1600s. Hare’s father was a roofing contractor who spent much of his time during the great depression riding the rails and looking for work.

He describes psychopaths as ‘social predators ‘, while pointing out that most don’t commit murder. 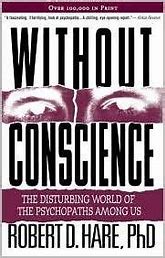 Frustrated by a lack of agreed definitions or rating systems of psychopathy, including at a ten-day international North Atlantic Treaty Organization (NATO) conference in France in 1975, Hare began developing a Psychopathy Checklist.

Produced for initial circulation in 1980, the same year that the DSM changed its diagnosis of sociopathic personality to Antisocial Personality Disorder, it was based largely on the list of traits advanced by Cleckley, with whom Hare corresponded over the years. Hare redrafted the checklist in 1985 following Cleckley’s death in 1984, renaming it the Hare Psychopathy Checklist Revised (PCL-R).

It was finalized as a first edition in 1991, when it was also made available to the criminal justice system, which Hare says he did despite concerns that it was not designed for use outside of controlled experimental research. It was updated with extra data in a 2nd edition in 2003.

Hare has accused the DSM’s ASPD diagnosis of ‘drifting’ from clinical tradition, but his own checklist has been accused of in reality being closer to the concept of criminologists William and Joan McCord than that of Cleckley; 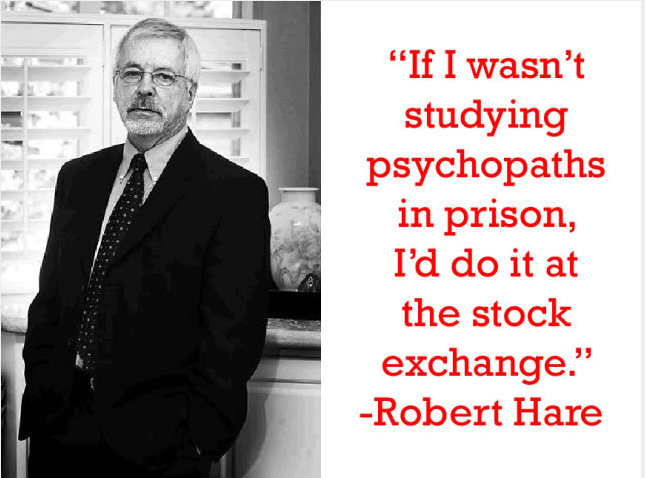 Problem with the above statement is studying psychopaths in prison is one issue, what about the ones roaming around running things?

While the PCL-R has become the gold standard test for identifying psychopathy among prisoners, Hare has been warning about non-criminal psychopaths since he wrote his bestselling book Without Conscience in 1993.

Hmmm, warning people that non-criminals could be a thing doesn’t quite cut it;)

“UBC professor emeritus Robert Hare, an internationally renowned expert on psychopaths, has offered his side of the story in a heated dispute over the boundaries of academic freedom.

One of his adversaries is his former graduate student, SFU psychology professor Stephen Hart, who is also a highly regarded researcher in the area of psychopathology.”

Who knows could have been a trick lawsuit to explain the FACT they never did any real studies.

What is that old saying?  The Fox guarding the Hen House?

Better to have us thinking dangerous psychopaths like Bundy are safely locked away. I doubt Bundy is even dead now. The world is staged to deceive.

That is how they got us surrounded.

My research has not been based on prisoners but the actual psychopaths sitting next to us.  Hiding in plain sight.

I suspect it is closer to 1 or 2 per FOUR people. A big difference, look around, who is running things?  Many people are modeling psychopathic behavior in the quest for more money.  Money is even fake, yet people will go the extra mile to get more.

I would argue psychopaths are in charge of every part of society that I have researched. NO Studies have been done outside of the prison population, wonder why? On purpose is the answer. How else could they get us so surrounded.

They are even lying about what sex they are.  The women are all men wearing wigs.

Women truly run the world, but they do it hiding as men.

Herve Cleckley was the original “researcher” into psychopaths who wrote the Mask of Sanity.

Cleckley, testified at the Bundy Trial.

This is where the definition of psychopaths grew wings

They are even lying about what sex they are.  The women are all men wearing wigs.

Women truly run the world, but they do it hiding as men.

Hare is currently a professor emeritus of the University of British Columbia. He is considered to be the world’s foremost expert on psychopathy as he has spent more than 30 years studying the condition. Hare now works closely with law enforcement and sits on several law enforcement committees and boards in Canada, the United Kingdom, and the United States.

He has been nicknamed “Beagle Bob” by his close friends for his ability to follow a scent.