The Solar Panel TOXIC SCAM:  Discarded solar panels: How to deal with them? | Tech It Out – YouTube

No plans on how to recycle them:  Solar Panels Are Dying and Becoming E-Waste – YouTube Do Airplanes Need FUEL?  Are the Weapons REAL?

Fake ‘Military Weaponry’ Is All Just CGI By Aaron Dover

Airplanes – Do they need fuel???  Or part of the oil hoax?

Climate change caused by the burning of fossil fuels is a global phenomenon that is certainly playing a role in what the United States is experiencing, scientists say.

“Heat waves are probably the most underestimated type of potential disaster because they routinely kill a lot of people. And we just don’t hear about it because it doesn’t kill them in, to put it bluntly, sufficiently dramatic ways. There aren’t bodies on the street.”

Francis, of the Woodwell Center, said with climate change the world is seeing changing wind patterns and weather systems “in ways that make these heat waves, like we’re seeing right now, more intense, more persistent, and cover areas that just aren’t used to having heat waves.”

Alex Ruane, researcher at NASA’s Goddard Institute for Space Studies, said as the world warms, “it takes less of a natural anomaly to push us into the extreme heat categories. Because we’re closer to those thresholds, it’s more likely that you’ll get more than one heat wave at the same time. We’re seeing this in the United States.” 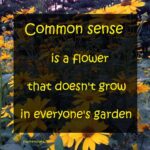